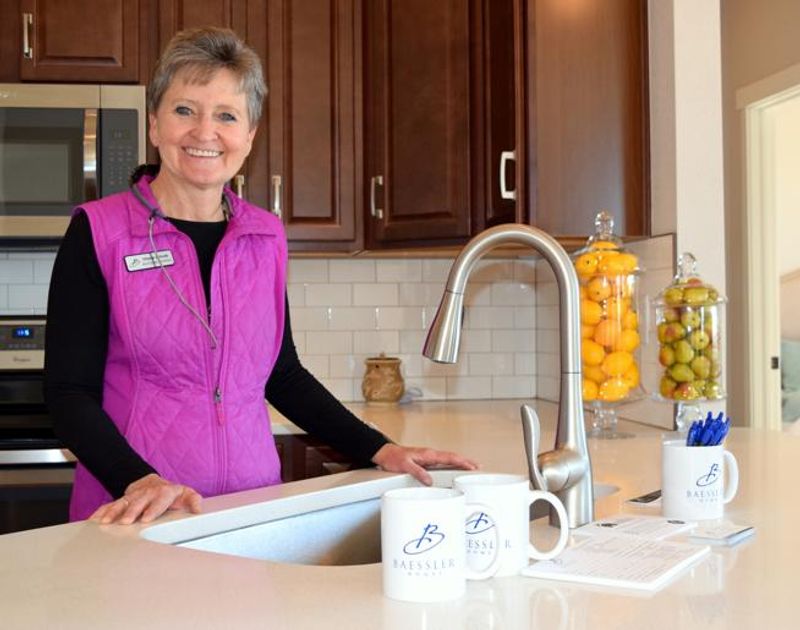 Baessler has built 55 homes in Kiowa Park in Wiggins 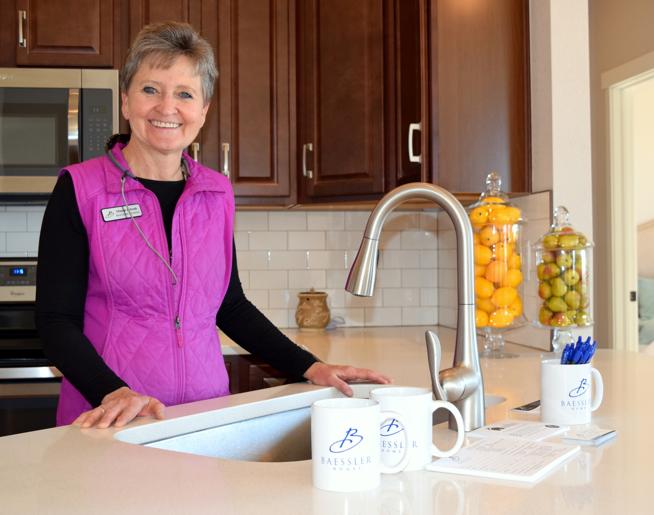 The new housing subdivision just south of Wiggins continues to grow.
One of the five housing development companies in the new Kiowa Park subdivision in Wiggins, Baessler Homes Community Sales Manager Cheryl Jelinek says they have completed about 55 homes in the development thus far. Jelinek said she used to be able to keep track easily, but as more and more homes are built it has become more difficult to count. She said she recently went around the development and estimated there's about 88 completed homes in the development, as of early February. Town Administrator Paul Larino said this makes sense from the town standpoint. After about 40 housing permits in 2017, about 70 in 2018 and a busy start to 2019, Larino said the numbers in Jelinek's estimate fit. Larino said there are currently five companies working on the development, including 2 Valley Builders, Inc, Low Energy Homes, King Family Construction, Baessler Homes and one newer to the development and focused on multifamily structures, Tru-Grit NoCo, LLC. Jelinek says she has about 24 more 'up in the air', in the process of being sold or in the contract process. Baessler 'mindset' Jelinek described Baessler as a "second-generation, family-owned business." Currently run by President & CEO Jamie Baessler, the company was started almost 50 years ago by Ted Baessler. Jelinek said the company was motivated to make sure their family and community members in the area had homes to move to, and they started to realize there was a market for the custom, family homes they wanted to build. Walking from the kitchen with natural lighting to the garage to finished basement, Jelinek showed off one of the company's model homes in Kiowa Park as she described the Baessler 'mindset'. "They did some research and knew that not only local people would possibly want a new home and a subdivision and places to live and grow," Jelinek explained. "It could possibly be an extension for just the whole county of people that want to escape the metro area, the front range, want a little 'Mayberry," Jelinek added. Jelinek jokes that younger folks she's talked to do not always know that 'Mayberry' is the fictional small-town from the Andy Griffith Show. "It's peaceful, it's serene, it's safe, the schools are good," Jelinek said. As a community sales manager, Jelinek says that she has connected to the folks who have bought homes from them and sees them as part of the community. "Every family member that I've sold a home to, I consider a friend," Jelinek explained. "They're all just good people." Jelinek said, at first, the breakdown of buyers from around the area to outside the county was about half and half, but they are starting to see more buyers from outside of Morgan County. "I would say 60-40 for sure, from outside," Jelinek said. Another interesting breakdown was the range of ages for buyers, Jelinek said. "The age group of people are everything, from first-time home buyers ... to people who are retired and empty-nesters, and people who are looking to retire, or young families." "Lots of young families," Jelinek added. Jelinek was excited about the range of ages she has connected and sold to in this subdivision. She said she thought it was a good thing and value of buyers for there to be a range of ages in the budding Kiowa Park subdivision. Jelinek described how they provide options for the range of home-buyers, with 11 different model-options with a range from about 1,200 square feet to about 3,000 square feet. From their lower-priced models onward, Jelinek said the goal of the business is to provide a home option with "quality bones," to enable buyers to be able to afford a quality home at the start. "Kind of the 'Baessler mentality', is they want to have the lowest price point with the same still quality bones of a home. So if new home buyers are coming in, they don't have to have all the bells and whistles," Jelinek explained. Wiggins grows Larino said they were excited to see more and more growth in Wiggins and the Kiowa Park subdivision. With pride in the town, Larino talked about some of the draws of the city for a range of homeowners: the Blue Lightning one-gigabyte speeds that reportedly have been around for several years - similar to the speeds Allo boasts in Fort Morgan now - the schools, the community and both the distance from and (slightly closer) proximity to the Front Range and the Rocky Mountains. Within the development itself, Larino outlined some of the completed and future recreation plans, from the nearly finished two-and-a-half mile walking trail around it to the just envisioned soccer and baseball fields. As more and more houses pop up or are in plans, Larino said this current and future development helps the town as they seek out funding and grants. With this designated area to bring in more homes and residents, Larino said they have a tangible example for grant applications or loans to show that the town is moving forward. Kara Morgan: kmorgan@fmtimes.com or 970-441-5103

Home design was my absolute favorite part of the home building process! It was one of the top 3 reasons why we decided to build with Baessler. It is a hobby of mine, and I'm passionate about creating beauty in my home. Baessler (Jamie T. specifically) made my dreams a reality. I loved that there wasn't a request I made that wasn't able to happen. The design options were plenty and diverse in style. I truly didn't have to just settle for something I didn't love! We were impressed with the many included features and felt the upgrades we did were reasonably priced. The finished product is absolutely beautiful! People walk in and comment how my home is such a reflection of me - and that is a compliment to Baessler as much as to me!

The Trygstad Family | Greeley, CO - The Point at Promontory